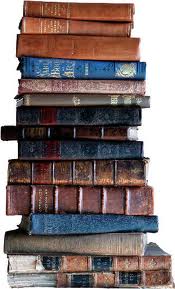 Recently I posted a list of the 100 Most Meaningful Books. It can be found at: https://thestarsarenotmadeoffire.com/2011/02/12/100-most-meaningful-books-of-all-time/
The list was derived from a survey given to several primarily literary authors. While I think the list is an impressive list and anyone who has read all of the titles or chooses to take on the endeavor of reading all of those books would be doing something quite commendable, I would argue that that list is rather elitist. Further, I would say that meaning is something individual and to be determined individually.

I think many more books could be added to that list because of their contribution to cultural movements or political thought. Nostromo by Joseph Conrad is on the list that I posted about earlier this week. Nostromo is incredibly dense reading. I personally would not have put it on that list. I would have chosen Heart of Darkness instead. Conrad was a riverboat captain in the Congo and he based the novella on his experiences. Shortly after it was published another expose that had been clandestinely investigated was published revealing King Leopold’s brutal exploitation of the Congo. Heart of Darkness helped to change public perception of the Belgians on the world stage. As I mentioned in my previous post, Harriet Beecher Stowe’s Uncle Tom’s Cabin could also be added to that list of most meaningful books if one is looking at contribution to political thought. Uncle Tom’s Cabin added to the Abolitionist’s movement in the United States.

In my opinion, a book cannot be truly meaningful unless it has been read by someone who has found it meaningful. Further, I don’t think this necessarily has anything to do with literary merit because some books come along at just the right time and speak to a person’s soul. I have known many people who have listed Salinger’s The Catcher in the Rye as their favorite book because something about Holden Caufield’s story they could relate to. When I was in high school Robert Heinlein’s Stranger in a Strange Land that described a human brought back to earth from Mars who only wished to understand and help humanity and felt alienated resonated with me. When I was an undergraduate at the University of Michigan for one of my literature classes, I read E.M. Forster’s A Passage to India and was transformed by the book. In my late twenties, Margaret Laurence’s novel The Diviners spoke to me. In my thirties, John Berendt’s non-fiction story Midnight in the Garden of Good and Evil made me rethink my connections to my past and to dead relatives, made me rethink my place in my community, and reoriented my perspective on the possibilities of things greater than myself. When life had worn me down to a stub, left me lonely and humourless, I had the good fortune of picking up one of Jim Butcher’s Dresden File books. I raced through the entire series. It was like freedom to read just for the fun of it and to follow the adventures of Harry Dresden, Wizard and Private Investigator, who took a regular beating, fought a poo flinging purple Monkey-Tron, and just kept fighting the good fight. The Dresden Files got me through a dark time.

While I think that a list composed from a survey of literary authors can create a great syllabus for an independent study of world literature, I also think that which books are meaningful is really up to individual readers and their reasons for why those books would be on their lists will be as varied as the books themselves.