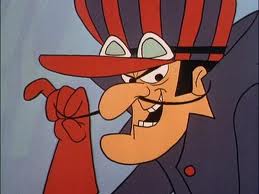 I have been thinking about creating stories and how to make them more interesting. In my opinion stories are better when we acknowledge that maybe things are more complicated and we should embrace complicated villains. I am currently working on a novel outline for a book about angels, demons, and a psychic. A string of mysterious deaths occurs, the psychic is pulled into the homicides, and there is supernatural agency at work.

I am working on laying out cause and effect streams for all the major characters and seeing how the threads interact. This has lead me to thinking about ambiguity in fiction, villains, and portraying character.

I have written about villains in the past in a post titled “The Best Types of Villains.” Repeating what I wrote in that post is not helpful. I discussed various types of villains such as the inexplicably evil villain, the type of villain who manipulates situations, men portrayed as villains because history is defined by the conquerers, the out of control child villain, and the sociopathic villain who spreads his doctrine to others.

Villains are much better when they are portrayed with depth. This brings in ambiguity. For instance, if a character is just simply someone who vandalizes for the sake of destruction and the reasons for their destroying things is never explained this is a type of inexplicably evil villain. Perhaps the character puts caltrops on the road because it makes them smile to see people’s tires blown out. The sheriff’s deputy who has just been hired is put in charge of tracking down the one planting the caltrops. This is not a very compelling story.

Yesterday I was in a group of folk, some of whom have done street art and some taggers. In the past I created public chalk murals with the intent of spurring thought and discussion. I don’t entirely understand tagging– spray painting one’s symbol or tag. To me the tagging doesn’t inspire thought in anyone else or serve anyone other than the tagger. I was asking why someone would tag and continue to tag to the point of it being a felony charge. I could understand the thrill the tagger might get from doing something against authority, surreptitiously defacing property in plain sight, and having a level of notoriety swirling around them, but ultimately what they are doing holds little ambiguity.

So, let’s change these stories slightly. What if the person planting caltrops is trying to prevent the sometimes legal and sometimes illegal deforesting of old growth forests? The caltrops are still against the law but perhaps so is the felling of some of the trees. Who is the villain? In the situation with the tagger, what if the the story were set in a police state where people were oppressed and each incidence of tagging gave the populace hope? Who is the villain?

The story of each character always has its own unique perspective. The determination of who is the villain might be subtle and the character of the characters has to come through via showing and not telling.

Here is a scene portrayal. I hope it holds ambiguity and relays what I am talking about.

The male character sighs and shakes his head. He says, “I can never count on you for support. I just wanted a relaxing conversation. A little distraction. Some time away from everything. I am so stressed out. I really wish I could count on you, but you always just think of yourself and what you want. You don’t really care about me.”

The female character, crying, says, “I do care about you. A great deal. I am trying. It’s just your dream. The dream you just told me. Why did you tell me about it?”

“What about it? It was just a dream,” male character says.

“But you said it was about having a love affair and then breaking off with the woman. Why did you bring it up?”

Who Is the Villain?

Who is the villain? The woman who is asking about the dream the man has just told her that is about a love affair being broken off? Or the man who is condemning the woman for reacting to the dream he has chosen to tell her about when it is late, he is stressed, and he is feeling sick?

Villains can be the same stuff of heroes, it is just a matter of perspective. A man can be creative, brilliant, well-educated, working in a field for the common good, and articulate and at the same time manipulative and selfish. He can believe he is virtuous all the while he is making decisions and hurting those around him. He might do this while feeling justified or placing the blame elsewhere. The downfall of a human being is rarely so clearcut as to be a simple decision on the part of a person to be “bad.” The nature of a situation or the stated character does not make someone exempt.

If an angel allows the murder of four girls by a priest and tries to put the blame on another innocent person, are they virtuous just because they are an angel?

People are complicated. Situations and motivations can be complicated. The cancer patient may seemingly evoke sympathy, but what if he is ultimately merely manipulative and just happens to have cancer? (As in the television show “Breaking Bad.”) The widowed mother who needs to support her children may evoke sympathy even as she sells marijuana, but what if she has always been a selfish, wild-child? (As in the television show “Weeds.”)Villains whose actions and motivations are ambiguous help us to explore our dark side. They help us to learn and see the everyday situations that might arise to cause a person to make less than virtuous decisions. Fully fleshed out villains are always ambiguous and more interesting.