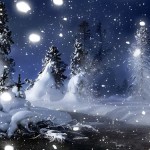 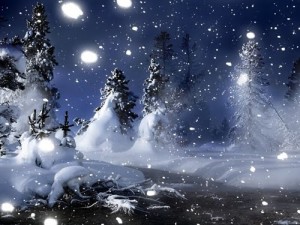 Christmas Eve is a time of possibilities. It is a time of imagining. Who knows what might be wrapped up in brightly colored paper with a bow on top? What fantastical creation have the elves created? What will Santa Claus bring?

1. It is a cold Christmas Eve. The stars glimmer distantly in an indigo sky. The snow glistens with moonlight. A wind whips up a swirling devil of snow and someone materializes. Who is this person?

2. A young woman is walking home late in the evening on Christmas eve. She hears the cacophonous honking of geese and the ground vibrates. The Horned God appears before her. The Wild Hunt is on. What happens next?

3. A mysterious red bag is found by your point of view character. When he/she opens the bag it seems cavernous– rooms larger than the satchel size it appears to be. What might be at the bottom of the bag? What happens next?