my name is earl 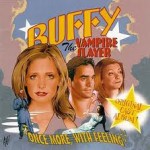 Ok. I have to totally confess…

I love the episodes of television programs where they do a musical version of the show. These are the shows that always impress as way over the top creative and everybody looks like they are having a blast.

Tonight I watched an episode of My Name is Earl that was not entirely a musical. It was about Earl getting in touch with his creative side and it was a good episode but for me the best part was the character of Darnell singing his ballad to the crabs at the crab shack titled “Please Respect the Meat.”

Here is a link: http://www.youtube.com/watch?v=7FcXSkHnqsE&feature=related

My favorite all time episode of Buffy the Vampire Slayer was the musical episode titled “Once More With Feeling.” The episode begins with Buffy singing “Going Through the Motions.” Here is a link: http://www.youtube.com/watch?v=M56ypIiVjcM&feature=related 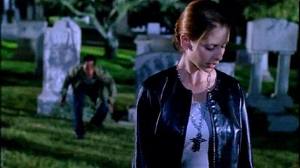 Another favorite musical number from the episode is titled “I’ve Got a Theory/Bunnies/What We Can’t Do.” Here is a link: http://www.youtube.com/watch?v=v0VCvJFXBOI&feature=related

I vaguely remember an episode of the television show Moonlighting where Cybil Sheperd and Bruce Willis sang and danced their way through the episode but I cannot find any You Tube videos of it. But there was a Xena: Warrior Princess musical episode that had several truly outstanding numbers. Here is one with Lucy Lawless singing “War” as she pushes her way through a line of opposing warriors with spears: http://www.youtube.com/watch?v=l3Snc8_MV2w&feature=related 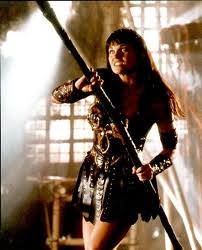