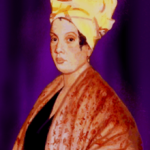 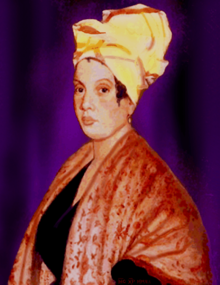 Warm and sultry with a heat that mesmerizes and seduces, New Orleans is known in part for such things as Mardi Gras, the French Quarter, and its colorful history. The city’s reputation is also infused with the scent of rum-fed spirits, sightings of vampires walking white skinned down its boulevards, and the heartbeat rhythm of generations of voodoo drums.

Voodoo has a life in New Orleans. People can be seen with gris-gris bags attached to their belts and many of the folk remedies for a variety of ailments come straight from voodoo practice.

Who knows how early voodoo began in New Orleans? It was alive and well in the 1800’s. Such practitioners as Doctor John were invoking the Lwa, making gris-gris, and holding ceremonies with snakes and other animals at the inception of the nineteenth century. One of the most powerful voodoo priestesses that ever lived was Marie LaVeau.

In reading about Marie LaVeau it is hard to determine when and where she was born. Some accounts say that she was born in Haiti and some that she was born in the French Quarter of New Orleans to a wealthy landholder and his Creole wife who was a free woman of color somewhere around 1794. On August 4, 1819 she married Jacques Paris who was a free man who had immigrated from Haiti after the revolution in 1804. Their marriage certificate is preserved in Saint Louis Cathedral in New Orleans. The marriage mass was performed by Pere Antoine. Jacques died a year later under mysterious circumstances. Marie LaVeau then married Christophe Glapion with whom she had 15 children. One of these children, Marie, inherited her charisma and later continued as the reigning voodoo queen of New Orleans.

Marie was raised as a Catholic and throughout her life she went to mass daily. While the connotations around the title of “voodoo queen” might imply something of a nefarious nature, Marie served the populace nobly. She administered to the sick throughout the yellow fever and cholera epidemics of her time period. In 1853 a committee of gentlemen, appointed at a mass meeting held at Globe Hall on the behalf of the community, requested that she tend to the fever stricken. She went out, worked tirelessly, fought the pestilence where it was thickest, and many survived because of her efforts.

Marie LaVeau was egalitarian in who she would create remedies and charms for. A slave could get a love potion or a remedy for a sick child for a small amount. The wealthy who came to her were charged in accordance to what they could afford. She presided over both private and public rituals. Rituals were performed at Bayou St. John, along Lake Pontchartrain, and outside of Congo Square. Rituals were held every Sunday afternoon which was a time that slaves had free.

Marie LaVeau’s voodoo included African elements of obeah that came from Haiti after New Orleans was flooded with refugees, references to Catholic saints and the use of incense, and preexisting voodoo and folk wisdom from the Creole community already in New Orleans. She had a very large snake named Zombi after an African god that she danced with during the public rituals. Her power and influence were legendary and no one began an endeavor of importance without first consulting the voodoo queen.

Some say that Marie LaVeau’s magical abilities did not derive from her voodoo practice, but rather from her ability to gather information. She began her career as a business woman as a hairdresser and a cook. She catered at first to those in jail and later to the wealthy of New Orleans society. It has been said that she was adept at listening closely and storing in her memory tidbits of gossip and overheard remarks that she later used to great effect. Another possibility is that she used her knowledge of herbal medicine and folk remedies to treat the slaves and household servants of the wealthy who she then employed to act as a network of informants. Whether Marie LaVeau’s clairvoyant abilities were paranormal in origin or had a more mundane explanation, she had significant influence over the activities in her society.

Marie LaVeau is said to be buried in her husband’s family crypt in Saint Louis Cemetery Number One. In the past people came and laid three silver coins at the base of the crypt to request her help with wishes and problems. People still visit the crypt and write three XXX’s on the wall to incur her favor because voodoo queens don’t just die, they pass on to a dimension alongside our own reality and they can still work their influence.