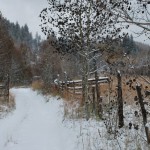 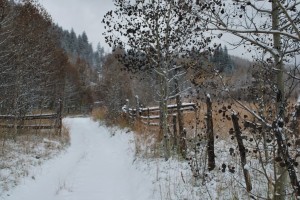 The wind is howling and very cold this early morning. I cannot warm up. I went looking for poems about winter. I found three from poets who I have never highlighted before. The first poem is “Winter Twilight” by Anne Porter. The second is “Snow Bound (The sun that brief December day) by John Greenleaf Whittier. The third is “Now Winter Nights Enlarge” by Thomas Campion. If you were writing a poem about winter, what would capture the essence of the season for you? Are there additional poems that evoke winter for you? 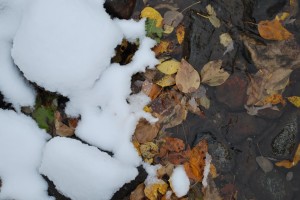 On a clear winter’s evening
The crescent moon

And the round squirrels’ nest
In the bare oak 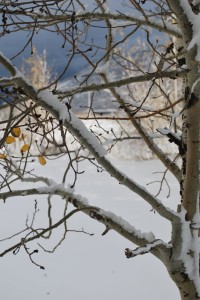 The sun that brief December day
Rose cheerless over hills of gray,
And, darkly circled, gave at noon
A sadder light than waning moon.
Slow tracing down the thickening sky
Its mute and ominous prophecy,
A portent seeming less than threat,
It sank from sight before it set.
A chill no coat, however stout,
Of homespun stuff could quite shut out,
A hard, dull bitterness of cold,
That checked, mid-vein, the circling race
Of life-blood in the sharpened face,
The coming of the snow-storm told.
The wind blew east: we heard the roar
Of Ocean on his wintry shore,
And felt the strong pulse throbbing there
Beat with low rhythm our inland air.
Meanwhile we did your nightly chores,–
Brought in the wood from out of doors,
Littered the stalls, and from the mows
Raked down the herd’s-grass for the cows;
Heard the horse whinnying for his corn;
And, sharply clashing horn on horn,
Impatient down the stanchion rows
The cattle shake their walnut bows;
While, peering from his early perch
Upon the scaffold’s pole of birch,
The cock his crested helmet bent
And down his querulous challenge sent.

Unwarmed by any sunset light
The gray day darkened into night,
A night made hoary with the swarm
And whirl-dance of the blinding storm,
As zigzag, wavering to and fro
Crossed and recrossed the wingèd snow:
And ere the early bed-time came
The white drift piled the window-frame,
And through the glass the clothes-line posts
Looked in like tall and sheeted ghosts.

As night drew on, and, from the crest
Of wooded knolls that ridged the west,
The sun, a snow-blown traveller, sank
From sight beneath the smothering bank,
We piled, with care, our nightly stack
Of wood against the chimney-back,–
The oaken log, green, huge, and thick,
And on its top the stout back-stick;
The knotty forestick laid apart,
And filled between with curious art
The ragged brush; then, hovering near,
We watched the first red blaze appear,
Heard the sharp crackle, caught the gleam
On whitewashed wall and sagging beam,
Until the old, rude-furnished room
Burst, flower-like, into rosy bloom;
While radiant with a mimic flame
Outside the sparkling drift became,
And through the bare-boughed lilac-tree
Our own warm hearth seemed blazing free.
The crane and pendent trammels showed,
The Turks’ heads on the andirons glowed;
While childish fancy, prompt to tell
The meaning of the miracle,
Whispered the old rhyme: “Under the tree,
When fire outdoors burns merrily,
There the witches are making tea.”
The moon above the eastern wood
Shone at its full; the hill-range stood
Transfigured in the silver flood,
Its blown snows flashing cold and keen,
Dead white, save where some sharp ravine
Took shadow, or the somber green
Of hemlocks turned to pitchy black
Against the whiteness at their back.
For such a world and such a night
Most fitting that unwarming light,
Which only seemed where’er it fell
To make the coldness visible. 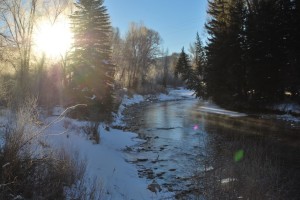 This time doth well dispense
With lovers’ long discourse;
Much speech hath some defense,
Though beauty no remorse.
All do not all things well:
Some measures comely tread,
Some knotted riddles tell,
Some poems smoothly read.
The summer hath his joys,
And winter his delights;
Though love and all his pleasures are but toys
They shorten tedious nights.